The Lheidli T’enneh (historically known as the Fort George Indian Band) is a community that is built on and around the strength of its people.  T’enneh literally means “The People”.  They are a sub-group of the “Dakelh” people whose traditional territory includes the city of Prince George, British Columbia.  The name “Lheidli” means “The People from the Confluence of the River” in the Carrier language, referring to how the Nechako River enters the Fraser River at Prince George.  The rivers spoken of are the Nee Incha Koh which means “river with strong undercurrents” and the Ltha Koh, the Big Mouth River.

Lheidli T’enneh elders, teachers, drummers and other artists pass on their traditions and teachings to the next generation, keeping their culture alive and strong.  The Lheidli T’enneh and their communities are built on the strength, guidance and leadership provided by their elders and on the passion, innovation and motivation of their youth to move forward in positive ways and change the world.

We were often called the Tanoten which meant “people a little to the north.”  As a people, the Lheidli T’enneh First Nations aspire to move ahead as an organized, highly motivated, determined and self-reliant Nation.  Consisting of over 400 members, they represent a proud, united peoples whose purpose is to ensure a future that will provide better quality of life while flourishing with their environment.  Their tradition and cultural beliefs are the driving force of their success and destiny. 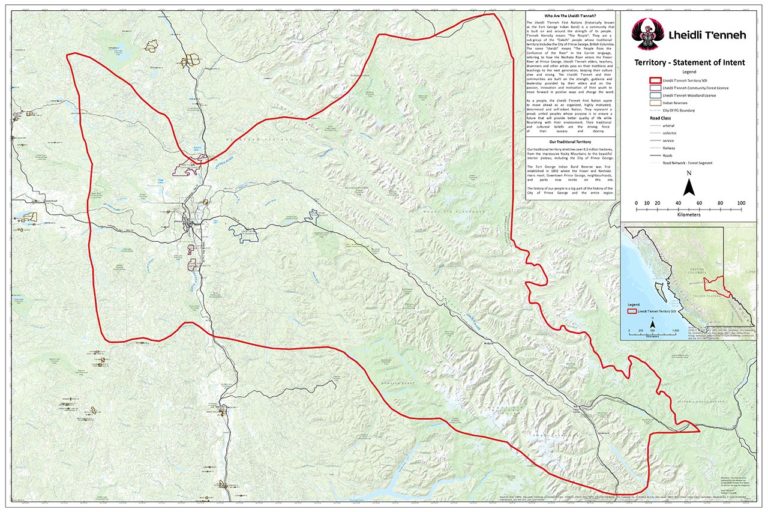